'Normally not for sale'
What normally is not even on sale for the happy few, we may still offer to sell now.
Estate Wielewaal Eindhoven, the former residence of Frits Philips is probably the most beautiful and prestigious estate in the Netherlands and is now for the first time for sale in more than 100 years.

De Wielewaal country estate, where the late Frits Philips lived from 1934 to 2005, is a completely fenced-off estate, which is accessible exclusively by the owner and his guests. It is a peaceful, protected and safe spot to live in; and not too far away is the bustling and vibrant scene provided by Eindhoven – the throbbing heart of global technical development. The richness of De Wielewaal, with its giant trees, rhododendrons, ponds, abundant flora and fauna, is a unique private property and has retained its special nature during the past century. De Wielewaal is a unique and spacious country estate, which presents a wealth of opportunities and different aspects.

REDEVELOPMENT
During a comprehensive redevelopment in 2007, the estate was almost entirely razed to the ground, rebuilt in the same style, and considerably expanded. Thus a completely new wing, partially fitted with a thatched roof, was added. Particularly striking are the special, characteristic and historical materials used in the course of redevelopment. Think of materials as centuries-old beams, old-fashioned masonry, slate tiles from Normandy, and a Versailles parquet floor. In its present condition, De Wielewaal amply meets the standard one is entitled to expect of a house of international standing. A house with a number of special extra features, including a (wine) cellar measuring over 750 square meters. Comes complete with coolers, tasting rooms with large, open fireplaces and a ham storage room. For five months an Austrian firm of specialist builders worked on constructing underground arches and vaults. A feature worth pointing out: the stones used were taken from a former castle belonging to the Austrian emperor Franz Joseph I (husband of the Empress Sissi, better known through the three-part film series based on her life), each of which are adorned with an embedded coat of arms. The overall picture of the estate is truly astounding. The vaulted cellar exudes the atmosphere of a medieval castle - only at that time they had no Bentleys. This classic example of English style has been given a prominent place in the cellar, behind glass and in the spotlights. It was embedded during the building process and cannot be removed. A little present for the new residents.

SPECIAL FEATURES
The country house has many special features, such as an authentic “gentlemen’s room”. This is the small room, entirely restored to its original state, where Frits Philips used to smoke cigars and drink cognac with, amongst others, his good friend His Royal Highness Prince Bernhard. With its hunting trophies and Frits memorabilia, it has now acquired the air of a mini-museum. There is also the stylish open kitchen – the heart of De Wielewaal. The kitchen is fitted with one of the six old English-style chimneys to be found on the estate. Turning the corner we find the professional catering kitchen, which has all the equipment needed to supply home (delivery) meals and make five-star restaurants green with envy. For physical exercise there is the fitness room, nearly 85 square meters large, after which you can relax blissfully in the outdoor swimming pool, the massage room, the library or the living room, music room or games room. The second floor features the sleeping accommodation, i.e. two guest suites and five bedrooms. All rooms have en-suite luxury bathrooms with bath and/or shower. The master bedroom/suite even has two bathrooms and two dressing rooms.

TECHNICAL DETAILS
In terms of modern technical standards De Wielewaal is also second to none. In addition to advanced security systems in and on the estate, the entire house is fitted with air conditioning and air treatment equipment, the residual heat is re-used, and there is an emergency power supply system. All this is regulated through a sophisticated domotica system, which is also used to activate the audio and lighting equipment. Perhaps this level of technical excellence comes naturally to a city which houses the Technical university and hosts an authentic High Tech Campus, containing more than 140 high tech firms and institutes.

UNIQUE COUNTRY ESTATE
With a surface area of 2,582 square meters, and four additional residences spread over the estate for staff or guests and relations, the notion of ‘comfortable living’ acquires a totally different dimension here. Where else in The Netherlands will you find anything like it – a large and magnificently built country house on an estate of this size? Add in the nearby international school, the airport and the highways, and you can truly say that: De Wielewaal has it all, or at least has everything within reach. This in itself is a unique and unknown world for this country. 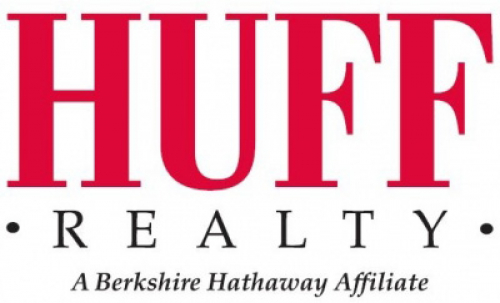